Runner of The Dukeing Days 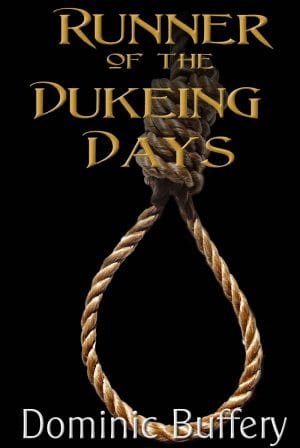 One of the most harrowing episodes in the history of the West Country began on June 11, 1685, when Charles II’s illegitimate son, the Duke of Monmouth sailed into Lyme Regis harbour with 81 hopeful followers. His aim was to win the British Crown from his Uncle James II and within days perhaps as many as 6,000 West countrymen had rallied to his cause. This period of loyalty to the Duke later became known as ‘The Duking Days’.
However, the men were poorly armed and, more importantly, undisciplined and apart from a reputed chest of Dutch gold he had in his possession, Monmouth had little funding. History depicted them being an army of rustics armed with very little more than pitchforks, a legend not so very far from the truth.
For almost a month the rebels ruled Somerset. Monmouth was proclaimed king in Taunton market place and the small gathering of James II troops did nothing to stop him. Perhaps they agreed, or more they thought it laudable. But on the night of July 5, on the poorly-moonlit lowlands of Sedgemoor the rebels fought and lost the battle on which their hopes and lives depended.

Even today, the cruelty of the battle and its bloody aftermath haunts the memory of true West Countrymen. The bitter spirits of the slaughtered rebels are said to move as spheres of light over the battlefield and strange shadows flit silently towards the rivers where they disappear. Phantom horsemen with their cloaks flying in the wind, ghostly troopers armed with improvised weaponry and even Monmouth are reputedly seen fleeing through the Sedgemoor lanes to this very day.
In the late 19th century a local farmer said that on a moonless night he heard on the moor what he took to be a drunk shouting, ‘Come over and fight,’- the last despairing cry of Monmouth’s men as they were slaughtered by cannon and musket fire from across the Bussex Rhine.
Monmouth fled from the battle a broken man and within three days had been captured by the King’s men. He was taken to London and brought before James II. Legend has it that he wept, begged and even promised to convert to Catholicism in order to save his life, but in vain. On July 15 he was beheaded on tower hill.
James II seconded the infamous Judge Jeffreys to Taunton town to mete out justice to the rebels; after the ‘Bloody assize’ more than 200 were hanged and 800 transported to sugar plantations in the West Indies. Heddon Oak, near Crowcome, is one of the trees still pointed out as a gallows tree. Sometimes it is said the clank of chains and the gasps of choking men can still be heard there. At Taunton Castle, the tramp of James’s soldiers bringing prisoners to trial still echoes through the sombre corridors and the ghost of Judge Jeffreys reputedly haunts Lydford in Devon and Lyme Regis in Dorset as if still searching for his enemies, solace or perhaps even forgiveness.

Running for his life.
One of Monmouth’s followers captured after the Battle of Sedgemoor was a famous runner. According to legend, he was promised his freedom if he could outrun a wild horse. He was chained to an untamed stallion and raced across Somerset beside it and it is said that the sound of running feet and pounding hooves can still sometimes be heard near Westonzoyland. However, betrayal and bloody murder was in the mindset of men and as a result it was only a matter of time before a number of anguished souls would rise again.